Surface air temperatures during summer 2020 (JJA: June, July, and August 2020) are forecast to be above normal across the majority of the Arctic regions (orange and red areas). The confidence of the forecast is low to moderate over the majority of the continental Arctic (land areas) (yellow and orange areas), while forecast confidences are high for the maritime parts of the Atlantic region, the Bering Sea, and a portion of the Barents and Kara Seas (dark red areas). The multi-model ensemble did not agree over a few maritime areas across the Arctic (white areas). 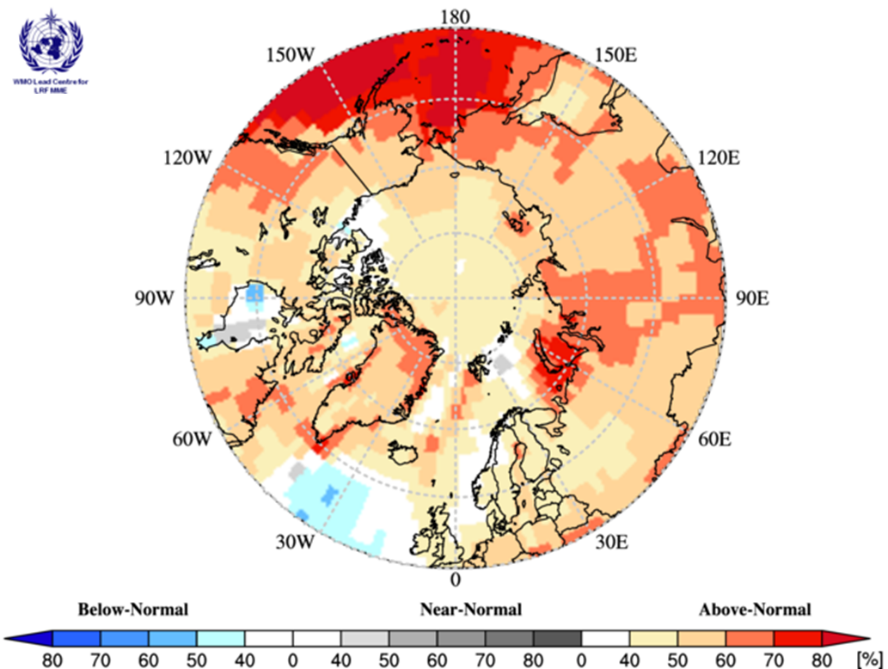 Precipitation during summer 2020 is forecast to be above normal over Alaska, and portions and the Chukchi, Eastern Siberia, and northern Canadian region; the confidence of the forecast is low (light green areas). A low confidence for below normal conditions is forecasted for a portion of Northern Atlantic (light orange areas). The multi-model ensemble did not agree over the remainder of the Arctic region (white areas). 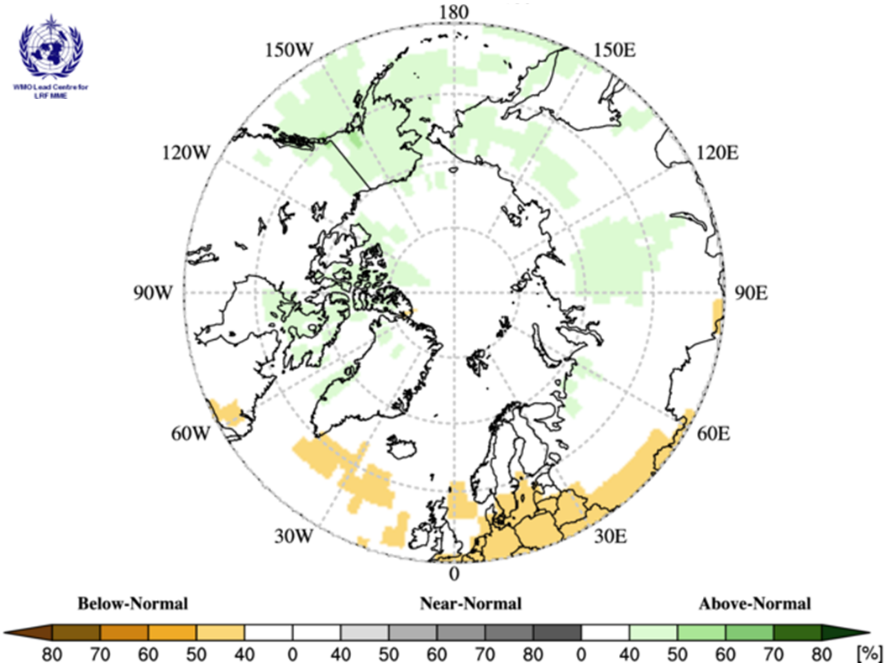 Sea ice break-up is defined as the first day in a 10-day interval where ice concentration falls below 50% in a region. The outlook for spring break-up shown in the figure below displays the sea ice break-up anomaly from CanSIPSv2 based on the nine-year climatological period from 2011-2019. 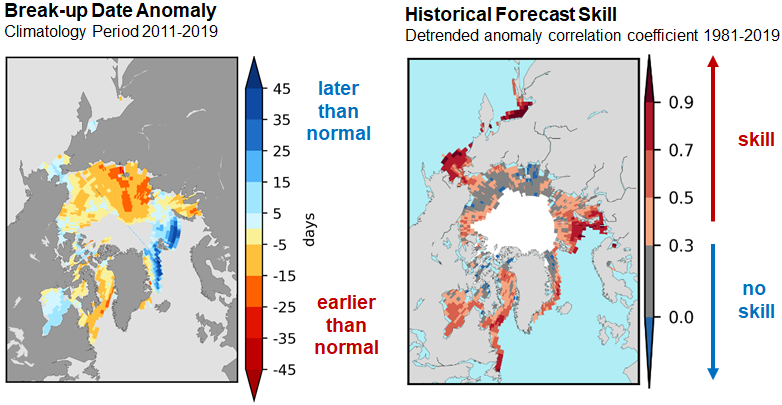 Minimum sea ice extent is achieved each year during the month of September in the northern hemisphere. The figure below displays the probabilities of ice presence for concentrations greater than 15% and the forecasted mean ice extent from CanSIPSv2 (black), with the observed median ice extent for the 2011-2019 period in red. The sea ice extent is expected to be below normal for the Beaufort Sea, Canadian Arctic Archipelago, Chukchi Sea, East Siberian Sea, Kara Sea and Laptev Sea, and above normal for the Barents and Greenland Seas. 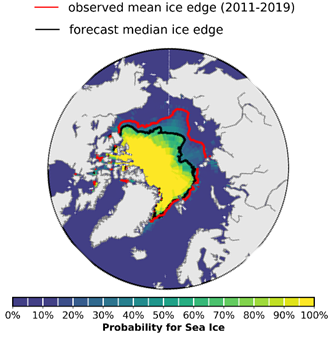