Precipitation forecast during JJA 2019 over the majority of the Arctic is non-decisive (white areas in the figure below). This result means that the seasonal forecasting models used to calculate probabilistic forecast could not agree on the expected amount of precipitation in summer. The few exceptions to this result are a probability of at least 40% for above normal precipitation for scattered areas over southern Alaska, the western European region and the Western Siberian region (green areas in the figure below).

Forecast for the 2019 spring break-up where break-up is defined as the date when the ice concentration drops below 50%. The figure below shows the anomaly (difference from normal) based on the 2009-2017 period to the left, and the historical skill defined as the detrended anomaly correlation coefficient based on the 1981-2010 period the right. Late clearing is expected with moderate to high confidence for Hudson Bay, Baffin Bay and the Barents Sea, while early clearing is expected with moderate confidence in the Southern Beaufort Sea. 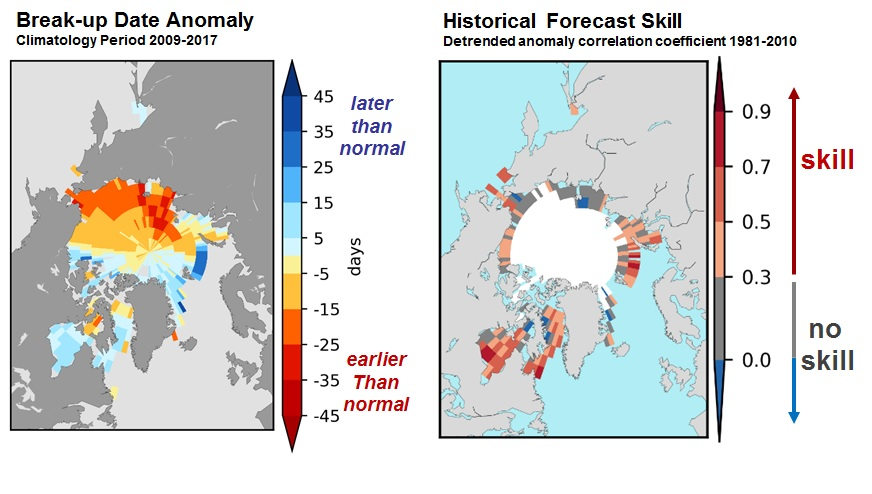 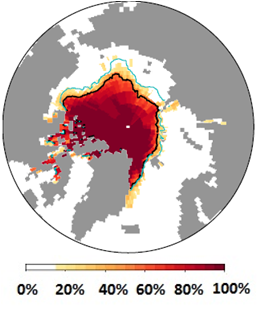